So good they should ban it.

Balloons, aniseed balls, the planet. Things are better when they’re round. So, an R30, with round tubes. An unimprovable design really. I wanted traditional yet modern, classic but lairy, dropped seat stays but don’t go nuts. Epoca didn’t let me down. I knew my paint scheme was asking a lot. But Epoca just got on with it, translating my design and adding touches of their own. Like the clever placing of emblems (chief of which, of course, the ‘fatto a mano’ one). How does it ride? Well, it’s alive. And like the Ramones album of that name, better strap yourself in. Stand on the pedals and it’s like it twitches first, sensing the acceleration it’s about to subject you to. It’s a light mother. 7.25 kg, but that’s including pedals and without really ‘trying’ to make it light. How a bike descends can tell you a lot I think. There’s a great downhill near me about a mile long, with different turns, a mixture of straights and different gradients. The R30 ate it up, daring me to not touch the brakes, which, quite honestly, I didn’t. Outrageously good. What else? The exclusivity, the attention to detail, simply that name on the downtube. Sell the rest of your bikes. 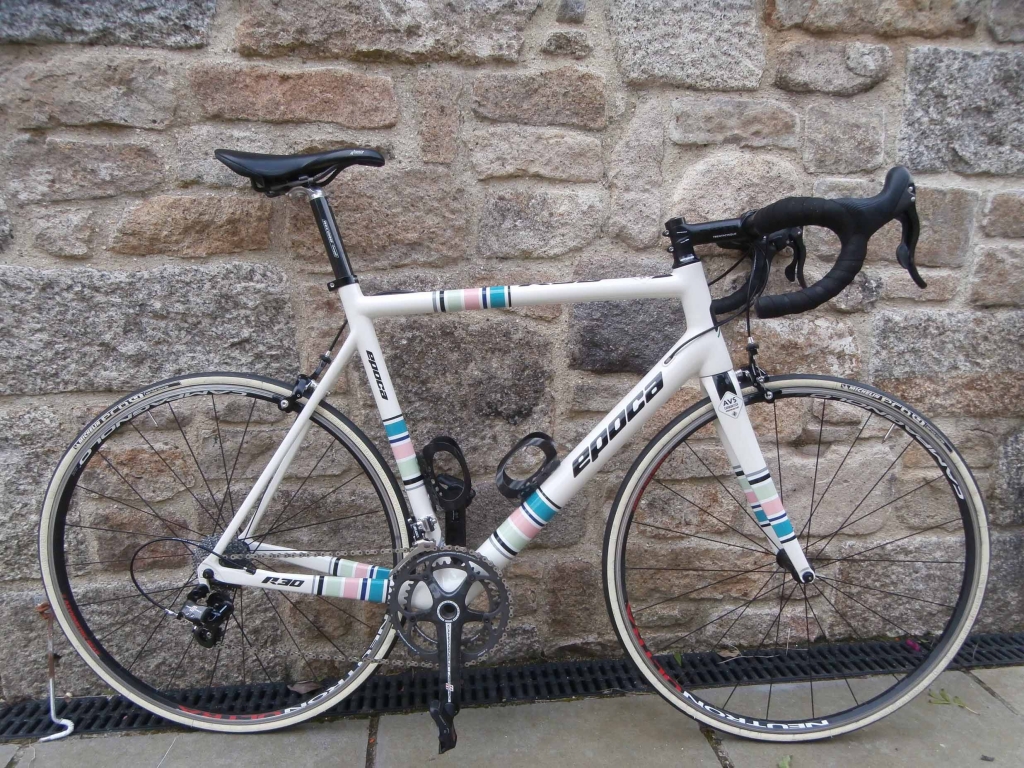